Prescription medications like Oxycontin, Vicodin, Codeine, Heroin, Fentanyl, and other opioids, have saturated the markets in the North Dakota pharmacies and on the streets. These narcotics are easily and readily available in particular. This is because so many of the drugs are acquired through a pain prescription from a trusted physician. But what is the legal status of opioids in North Dakota? Citizens of The Peace Garden State are struggling with opioid addiction more than ever.  But even though opioid addiction is very dangerous, there is hope in drug addiction recovery treatment.

Usage In North Dakota Compared To US Average

When it comes to averages, it’s important to understand that it’s not necessarily acceptable numbers or terrible numbers. When comparing averages, it’s also important to understand that having a more respectable number in context to other numbers does not mean they are good numbers by definition. With that said, North Dakota’s opioid usage rates, both legal and illegal, are noticeably lower than the national average. The US prescription rate of opioids is going down. So are North Dakota’s and the state’s rates have been consistently below the US average. Of prescriptions given out, for every 100, about 66.5 are for an opioid of some kind. North Dakota averages 47.8. Prescription addiction has been recently noticed as a problematic public health concern and helps increase the demand for heroin when the addiction is allowed to continue for too long.

This trend has proven to have some real-world examples in North Dakota. Recently, headlines were pointing out a very steep increase in heroin overdose deaths. This seems to suggest that the prescription-to-heroin pipeline concern has merit. While the numbers are extremely low compared to the US national average, even one death should be considered too many.

Newspapers sensationally reported on a ‘1000% Increase in Heroin Overdose Deaths’ in 2016. While they weren’t wrong, the number suggests a far more serious problem than the actual number suggests. In reality, it’s a wake-up call to pay attention to your habits.  Also, be concerned for those around you before irreversible damage happens as a result of this addiction.

The raw numbers that were being referred to by these headlines hoping to get the state to be proactive instead of reactive were the increase from 4 deaths per year to 14 the following year. While these numbers aren’t impressive, the spike is. If this trend were to continue, in two years, you have over one hundred thousand deaths. Considering the status of opioids in North Dakota the prescription opioid use rate is not significantly lower than the national average, then it reflects the increase in usage promoting addiction which turned into heroin addiction and lags behind the increase of prescription drug usage by three to four years which means these numbers have a very good chance of continuing to increase if the history of prescription use is of any indication.

Heroin vs. Prescriptions In North Dakota

While the number of heroin overdoses is less than 15, it is important to remember that for every overdose there is some getting prescription opioid for the first time.

North Dakota is one of the states to adopt a Prescription Drug Monitoring Program (PDMP).  This allows signs of possible addiction or illicit sales to have a high chance of discovery before it translates into a heroin death down the road. North Dakota’s statistics suggest some of the effectiveness of such a program; nearly all states without a form of prescription monitoring have higher rates of overdose and hospitalizations from use.

Of particular note, prescription drug use among minors has been on a general decline and remains as it has for a while below the national averages. Of the minors known to be using illicit substances, only 14.5% use something heavier than tobacco, alcohol, or marijuana. If it reflects adult usage, then let’s consider that less than 1% are using prescription opioids or heroin.

Fentanyl has become the latest chapter of the nationally ongoing story of opioid abuse and addiction stories. It is a synthetic and very potent form of opioid which is typically 50-100 times stronger than morphine or heroin. Users that are not aware of this difference are at an extremely high risk of overdose. As they overestimate how much they may use. Others users find out they take it the hard way while mixing with other drugs like heroin or even cocaine. Users that aren’t expecting fentanyl are not going to “be careful” to make sure they don’t use the one grain it takes to cause an overdose. Victims of overdose who use heroin are oftentimes found with a needle still in their arm because of the speed with which fentanyl killed them.

Despite the status of opioids in North Dakota, the state has indeed seen a few instances of fentanyl showing up in drug investigations and overdose cases. Currently, there is not enough specialized data around it to give hard numbers about its usage. It’s safe to assume that because of the low usage of opioids in general throughout North Dakota, there are relatively few fentanyl users as a result.

As of 2017, only 36.7% of substance abuse facilities in North Dakota offer any type of pharmacotherapy. Pharmacotherapy is the use of additional drugs in treating overdoses, addiction, or both. Drugs like naloxone help to negate the direct effects of heroin use which cause an overdose death.  Whereas other drugs target minimizing withdrawal symptoms such as fever, cold chills, etc.  Hospitals are increasingly adding counter-active agent medications to their range of treatments. The adoption has also been relatively slow as compared to the rest of the country. With the recent uptick in heroin overdoses, the outfitting of medical facilities with life-saving medications might become a higher priority.

Treatment for prescription opioid addiction is less likely to require the use of pharmacotherapy. It relies more on behavioral therapy and related treatments. Most treatment facilities are well equipped to handle such a level of addictive behavior. Stronger heroin and fentanyl usage may require pharmacotherapy. It may require lengthy searching and traveling to get that kind of care.

Several patients do not consider going to addiction treatment centers. They prefer staying at home and continuing their journey towards sobriety. One of the medical treatments that assist incoming clean from addictions is the use of Armodafinil 150 mg. It is a Nootropic that acts on the brain of the person and helps in the secretion of hormones namely dopamine and histamine. The use of the Armodafinil dosage is observed to avoid distractions and abstain from improper use of opioid analgesics and substances. The use of the Nootropic also promotes better mental health and helps in managing signs of depression and mood disorders that are common in addiction treatments. The cost of Armodafinil in the USA is $1.60 per tablet and is available at Healthmatter. We also offer additional discounts on your first order.

Contact us today to learn more about the status of opioids in North Dakota and addiction resources and rehab centers near you.

This blog is for information purposes only. We do not claim any authority over the information. Moreover, we advise taking medications under a health expert’s guidance. 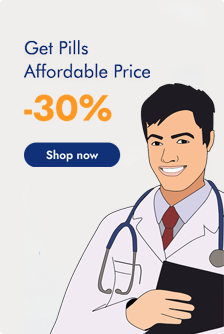